42 years old, born in in Khryug, Dagestan, Russia
Married with two childrenWorks as a schoolteacher 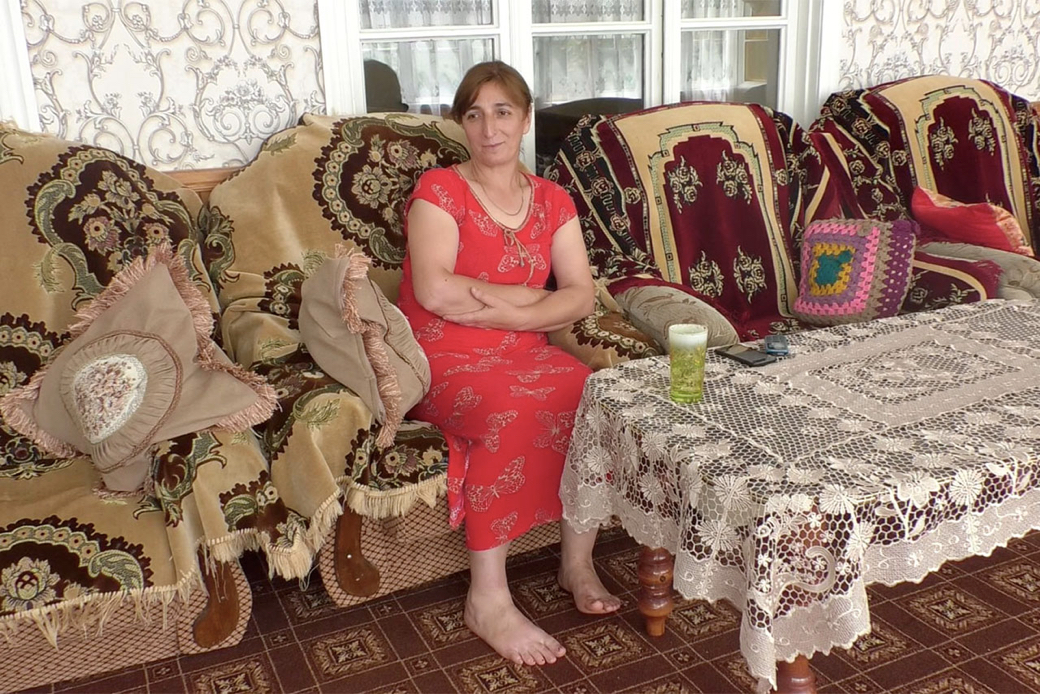 I believe in God very much, in Allah, in Jesus Christ, and in the Virgin Mary. I have a lot of faith in our local priests. I may not pray five times a day like most Muslims do, but I’m a fervent believer.

We have two mosques in our village, but I’ve never been to either of them. Only men go there regularly to pray. Sometimes, for example during special holidays, women also go. But for the most part the women in our village don’t go to the mosque.

The rules are not set in stone, but there are many things which are reserved for men. For example, only men go to the local café and during village meetings it’s the men who voice their opinions and make the final decisions. When we have people over for dinner or a celebration, the men sit at the table and talk, while the women serve them food and drinks.

In my time, it was the custom for girls to marry immediately after finishing school. If a girl was still unmarried after five years, everyone would say, “Nobody has offered her their hand in marriage, something must be wrong!” Also, if a woman did not give birth by the age of 23, it was seen as a serious problem. She’d be taken to see doctors and specialists. 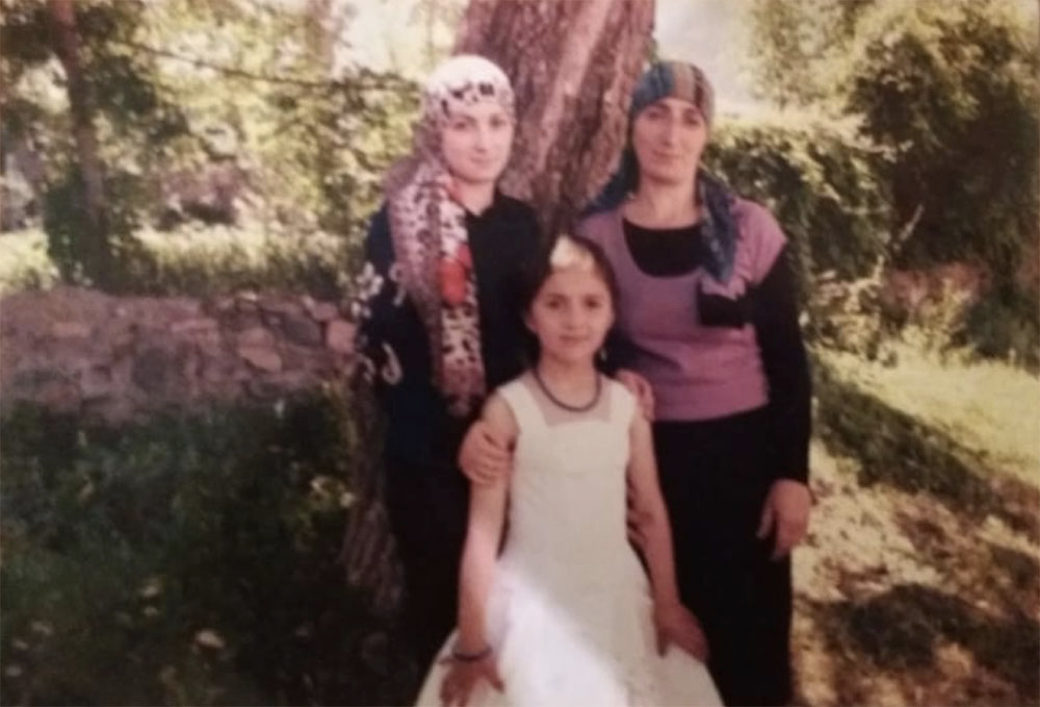 Love at first sight exists. It only takes one look in each other’s eyes to figure out if you’re meant to be together. A girl can’t just be forced into marriage; she has to be able to see it with her eyes and feel it in her heart.

In my parents’ case, they just brought my father to my mother one day and said, “You’re going to marry this man.” She exchanged a few words with him in the other room, and then said, “Yes, of course!”

When I was a teenager, my mother would tell me about my suitors’ family backgrounds and who would be good for me and who wouldn’t.

“If you pick a man I warned you about, and you end up hating him, don’t come crying,” she would tell me. I was told my husband came from a good family and he looked after them and his livestock well. So, I went for him. 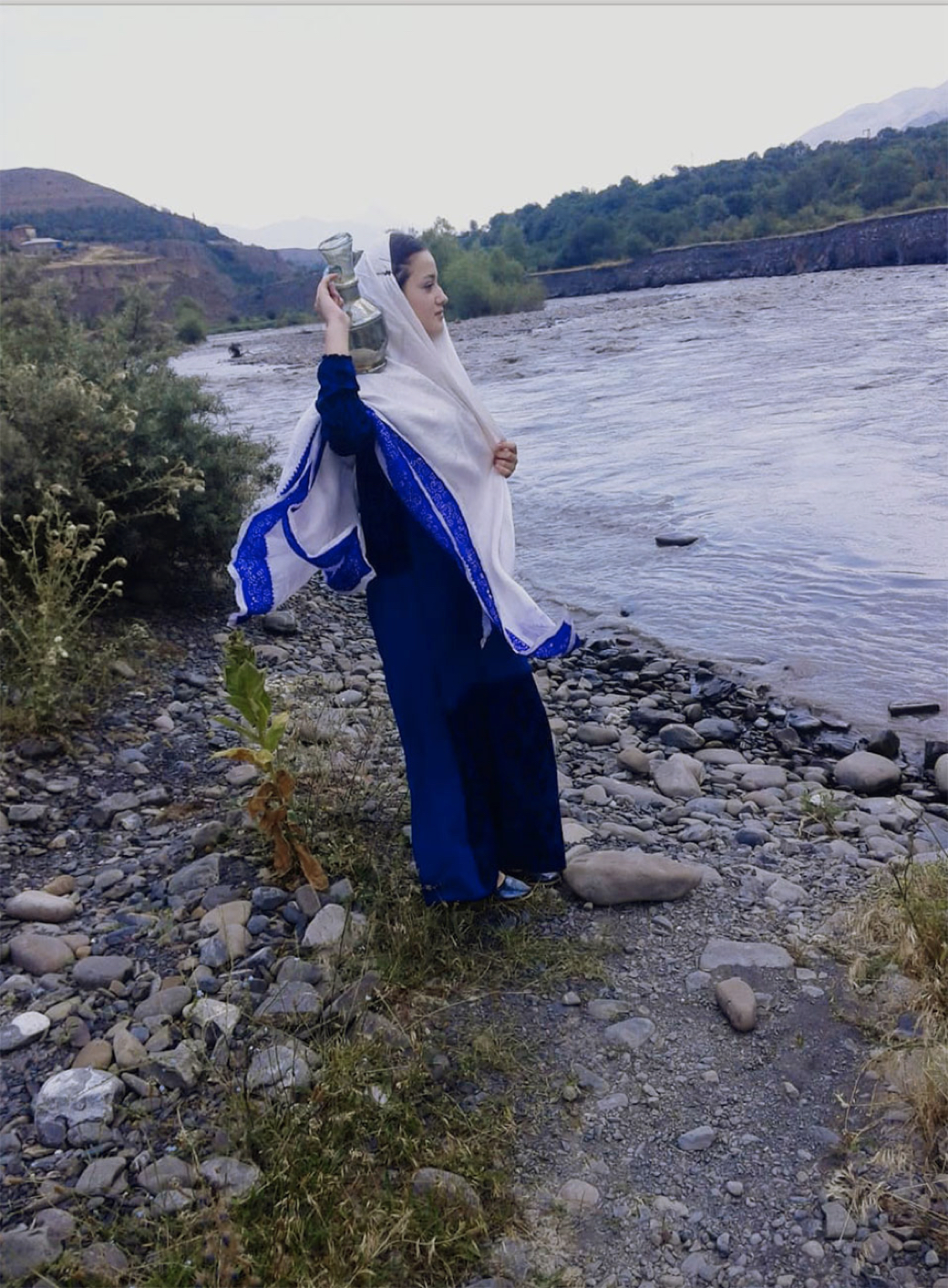 Back then, getting married and having children was the only way out. Now, you can wait until you’re 30 and finish your education first. The new generation has so many options, so many prospects; nobody forces them to do anything. If my daughter wants to get married, she’ll marry; it’s her decision! It’s a different time now.

But personally I think getting married after 30 is leaving it too late. How can a woman adapt to living with a family if she is used to living alone?

In Dagestan, once a woman marries she must live not only with her husband, but also her in-laws and her children. Women who marry at an early age haven’t formed their own ideas or opinions yet, so they find it easier to adapt.

We had children soon after the wedding. I was 18.

Why else would we marry? What other options do you have? Look at what a big home my mother has — she has all of this because she gave birth to so many children.

Sex is never discussed in schools or at home. It’s very much taboo to discuss these subjects openly here. Girls are only warned against being promiscuous and if they break the norms, they’ll be used as an example to other girls about how not to behave if they don’t want to ruin their lives.

As a child I wanted to become a detective. My father brought home this Soviet magazine called “Man and the Law,” and I would read the crime stories in it.

I couldn’t just be a stay-at-home mother, so when they opened a new pedagogical institute in the Akhty district, I went there to study. I got a Bachelor’s degree, but couldn’t complete an MA because my mother-in-law got Parkinson’s disease and I had to take care of her.

Since then, I’ve taken several courses in Makhachkala to qualify as an assistant teacher and then as a teacher. Finally, when I was 40 years old, I got my diploma. I really love my work and the school head often lets me take over whenever she’s absent. 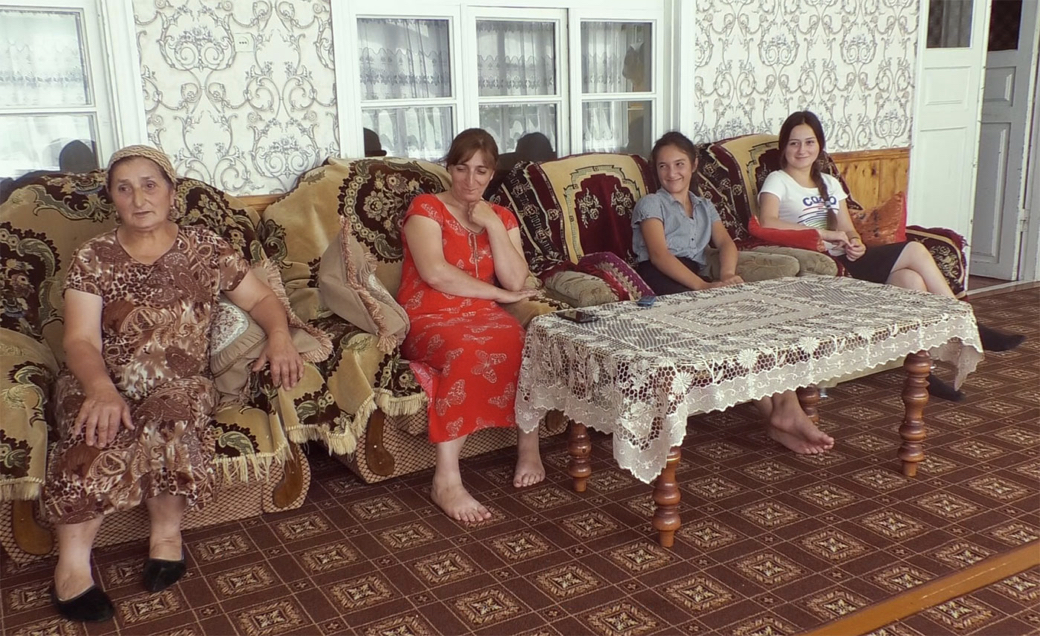 Two years ago, I finally got to see a Russian village, because my sister moved away to the Russian provinces. Here in Dagestan, it’s always noisy because we live in a valley and the houses are built close to each other. Out there, it’s just silence.

But many of the villages looked abandoned. I felt very sorry for my country when I saw this. I don’t know, maybe there are also half-abandoned villages in the “foggy Albion.”

A hero for me is anyone who manages to overcome hardships to reach success. Someone who takes risks, sometimes even risking their family, to become important.

Take the first woman in space, Valentina Tereshkova. She couldn’t accept just being a physicist or a teacher and starting a family at an early age — her goal was to go into space. After she did this, she still managed to have a family.

It takes a lot of courage to leave your family and your home to pursue other goals. But to go far, you have to leave Dagestan and move to Moscow or St. Petersburg.

But if a woman leaves her family she has no heart. In Dagestan, family is more important than anything else.

My mother gets along with everybody, including her in-laws. Nobody in the village would ever speak a bad word about her, saying she’s had an argument with someone or didn’t look well composed. She’ll just smile and resolve any dispute.

A wise woman can work as a doctor or she can stay at home and sew, but the most important thing is to keep the home together. Husbands need to stand behind their wives as though behind a mountain, because without a strong woman, men can’t survive.

The man might be the head of the family, but the woman is its keeper. 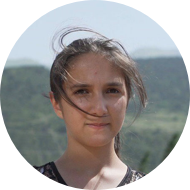 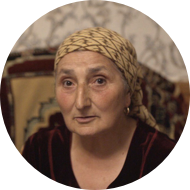