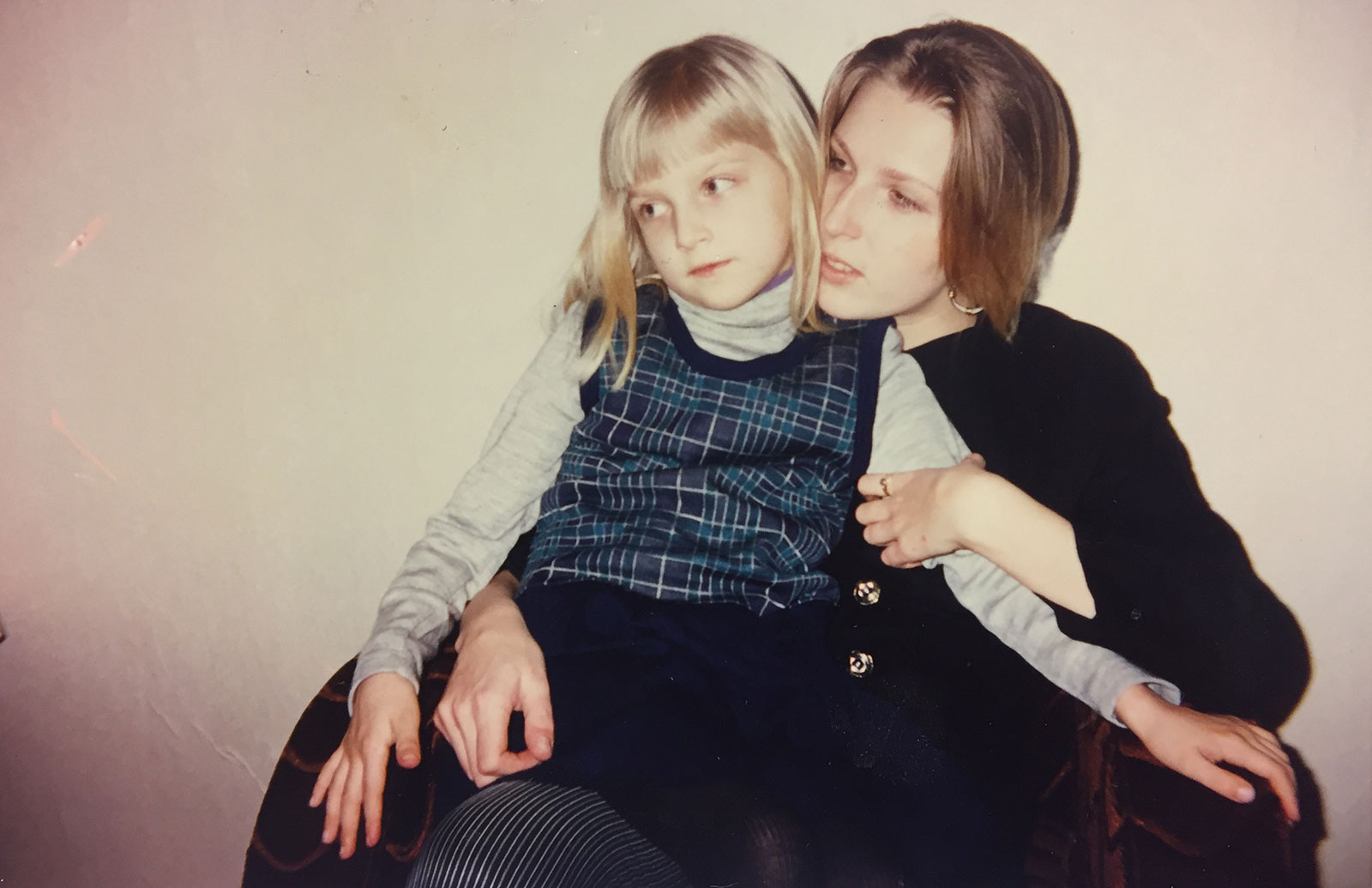 My school was pretty typical for the 1980s. The girls there were ambitious, the boys sort of just milled about.

I was friends with kids from a different school where teachers shared books that had been banned by the censors. We read authors like Alexander Solzhenitsyn and Osip Mandelstam. We weren’t united against a common enemy; we were united through knowledge.

I always wanted to emphasize my femininity. So I was very upset when they introduced horribly tasteless, brown school uniforms. 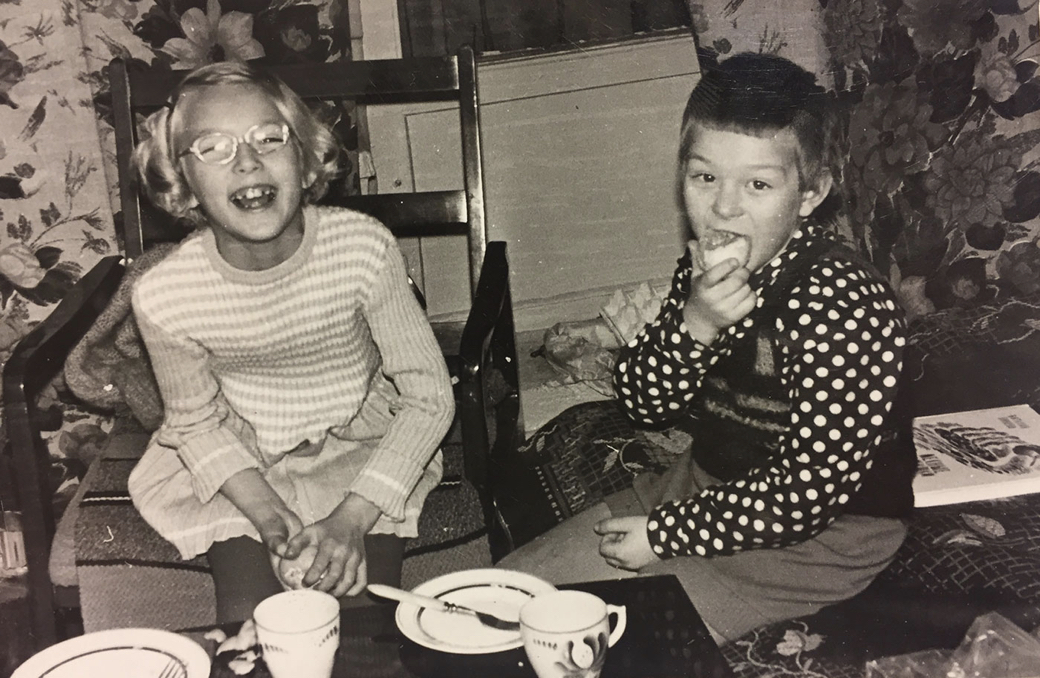 One day, my mother bought me a black velvet dress to wear under the uniform’s white apron. For the first time, I felt like a woman. I was called into the principal’s office and they threatened to expel me. They joked they were going to start a fund to raise money for me to buy a proper uniform. School was a place where the freedom I felt at home was snuffed out.

In films, Soviet women look like mannequins. But actually, we had almost nothing. My salary was 110 rubles a month. Boots cost 120 rubles, and you’d have to spend an entire day standing in line to buy them.

Clothing is an expression of your identity, which we were constantly being forced to suppress. The 90s meant the freedom to choose what to wear and being able to afford it. Now we seem to be returning to the past. My daughter, for example, has to wear a uniform to school. 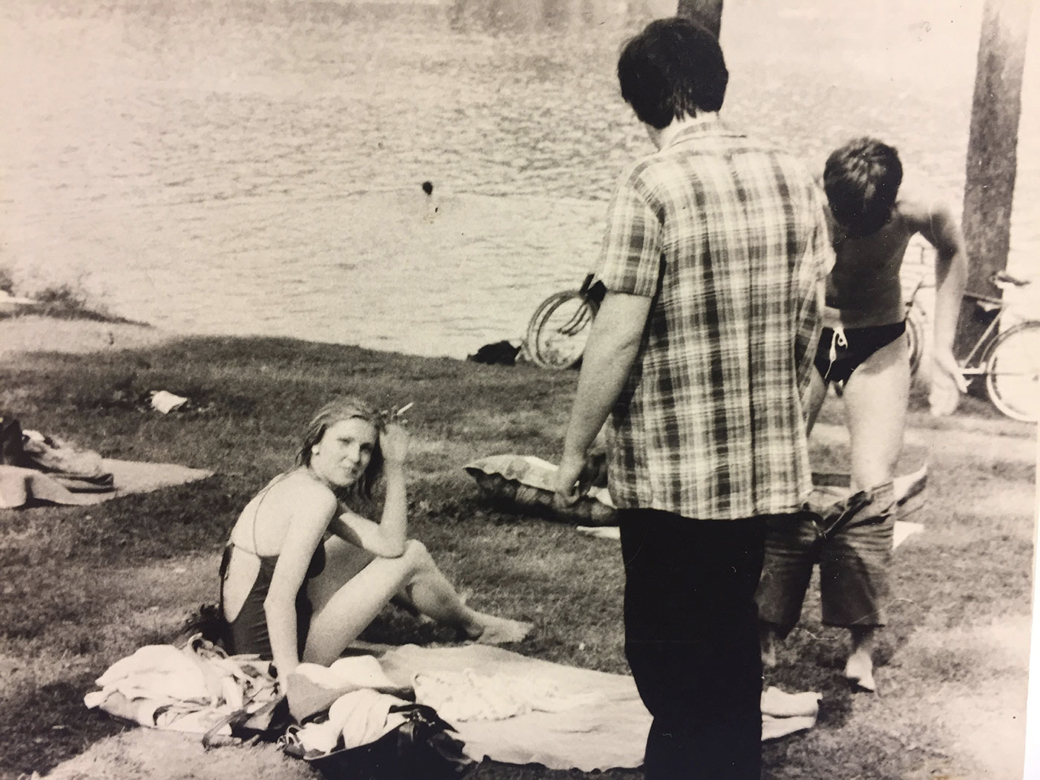 I was an ugly duckling at school: big ears, cross-eyed and I wore glasses. When I was 13 we spent a summer in a Soviet sanatorium and this boy, Misha Merkulov, flirted with me. He was a year older than I was, and came from a good family — he knew how to behave like a gentleman. I immediately told my mum, because I had to decide whether or not I would accept his invitation to the Bolshoi Theater. My mother has always been my best friend.

Most of what I knew about sex I picked up at youth camps as a teenager. The children there would share stories which they had heard somewhere or seen in movies. My friend Katya was ten years older and she told me about love, passion, and what to do.

Nobody ever taught us how to avoid getting pregnant. Teen mothers would be ostracized; nobody supported them. There was no access to contraception, I didn’t even know what it was! The topic felt almost as taboo as dissident literature.

My school was close to Hotel Molodezhnaya, which was a favorite spot for prostitutes and fartsovkas [illegal traders]. Most of us knew at least one or two people who would spend time there, whether they were selling foreign clothes or their bodies.

Back then, we didn’t have diapers or washing machines, but I still felt incredibly happy to have Alisa at 22.

Russia is not an easy country in which to raise children. The government barely gives mothers any financial support. The fact that women have children later in life now is good, but Russia will never follow in Europe’s footsteps with mothers who give birth past 30. 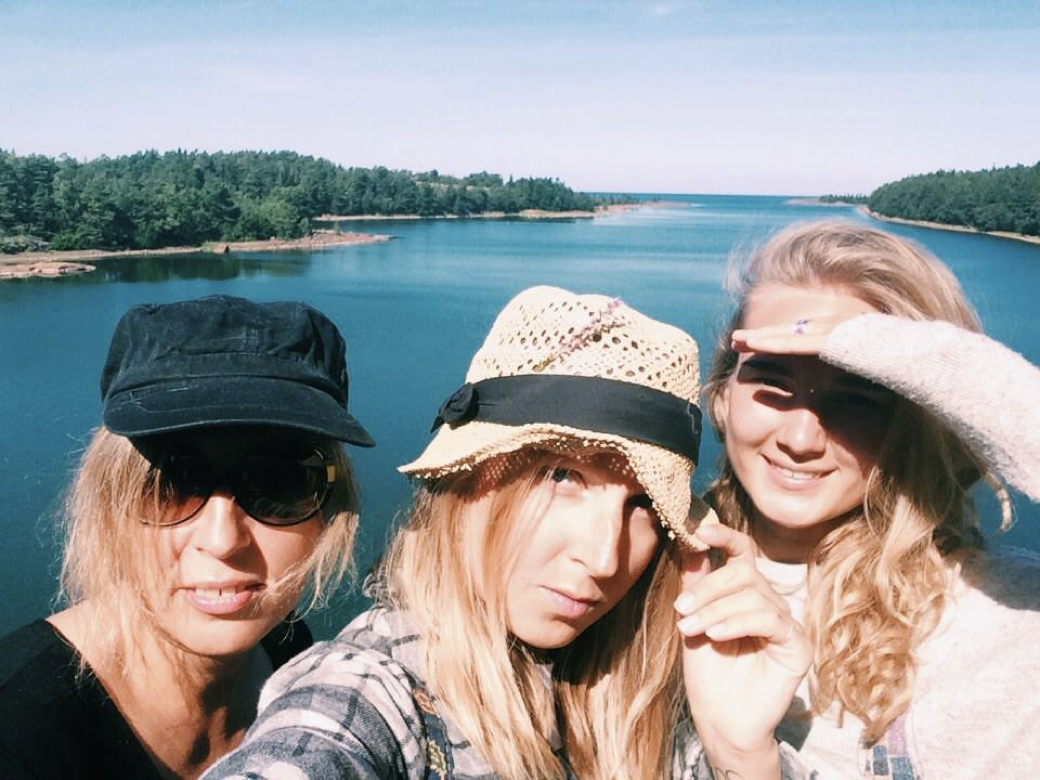 In the 80s, the Soviet leaders were dropping like flies, and there was this sense of complete uncertainty about the future. Many of the men around me were drafted into the Soviet-Afghan War.

Men in general have largely been absent in my life. My father died when I was 12. My second husband also died when Vasilisa was 12.

I left my first husband, Alisa’s father, because the relationship never felt serious. I realized he wasn’t a man, but a coward. He was raised like a girl, and it isn’t right for a woman to live with a girl.

My daughter says I’m a feminist, and it’s true. I have little respect for most men, especially those who feel superior.

I work at the Pushkin Museum. In Soviet times, the gender balance was pretty much fifty-fifty. Then, in the 90s, there was a surge of feminist ideas, especially in the art scene. But the current director is struggling to get more men. There aren’t that many in the arts.

Women are not creators

When I went to study art history at university, only 3 of the 25 students were boys. That is why in humanities departments all across Russia if you’re a boy with a lower GPA than a girl, you’ll still get chosen over her. 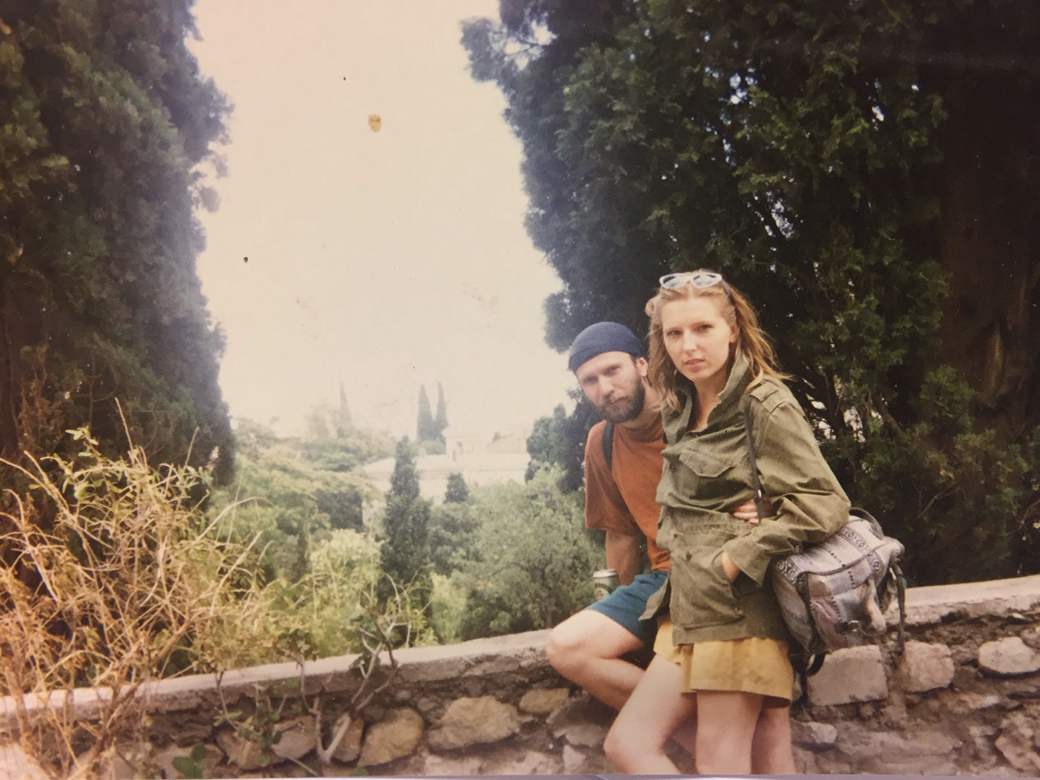 When I met Vasilisa’s father, a real man’s man, I realized that it’s much better to have a man by your side who will defend you, but also beat you if you don’t make him his borshch, so to speak. He wanted a daughter. All men seem to really want girls.

As a woman I wanted to be the best housewife, the best cook and the best hostess. Only after the death of my second husband did I start becoming more self-sufficient.

He had been the main force behind our art projects. I was always his muse and his sidekick. When he passed away I had to take over. I didn’t really want to take this weight on my shoulders, but I was good at it, and it worked.

Obviously it’s better to find a partner for life. Maybe that’s why Russian men are so complicated, they were raised by crazy single mothers. The man needs to earn the money, and the woman needs to put her family first. Otherwise she’ll be alone in her 50s. A woman gains affection by being slightly weaker than men. But in our society, it’s the women who are stronger than the men, and that is the problem of our time.

A woman needs to be quiet, wise and bake pies. Families where women are more dependent on the man, have a better chance of surviving. Real feminism doesn’t exist here. Russian women are just too beautiful.

I try to contain myself and ask: Where does this aggressive, loud, emotional woman come from? Why do you think older Russian men so often take to the bottle or leave their wives for twenty-year-olds? It’s because they’re with overbearing women. As soon as a woman is empowered, she begins to put pressure on everyone around her. A twenty-year-old woman doesn’t ask any questions.

I have never pressured my daughters in any way and I’m happy that they are all pursuing their dreams within the creative industry. 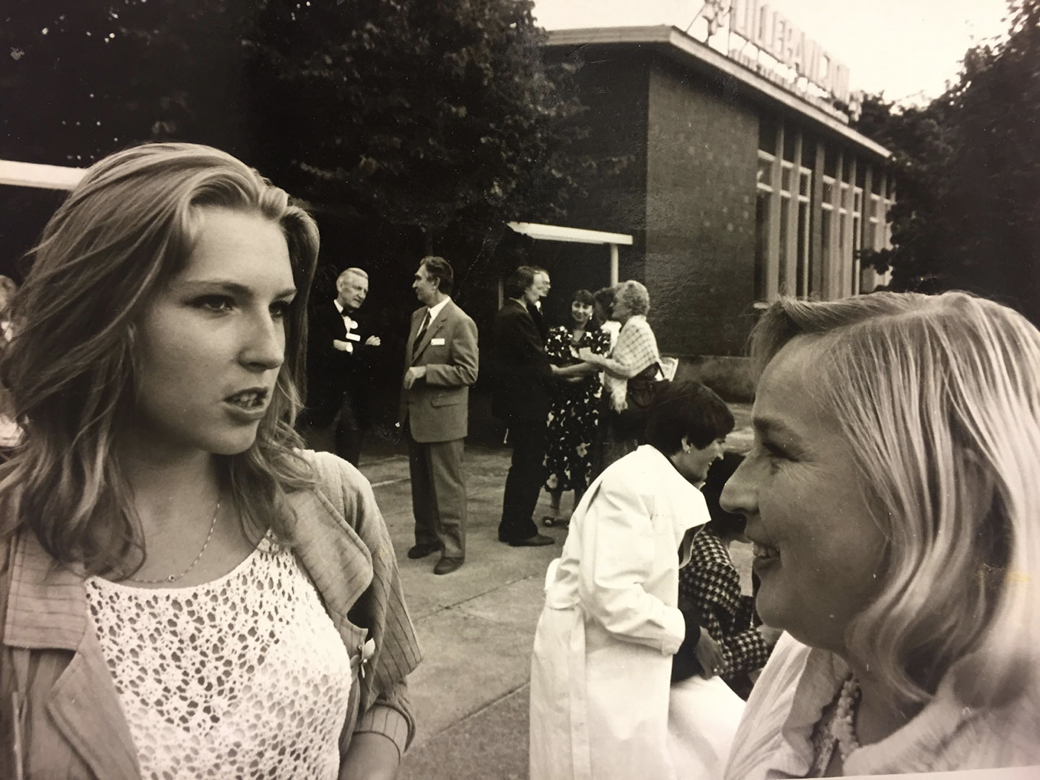 When I compare myself to my daughter Alisa, I see myself as someone who is terrified and has a lot of issues.

But life has changed me. Now, I believe that family is the most important because no matter what changes throughout a person’s life, or even throughout generations, what remains is the family unit. 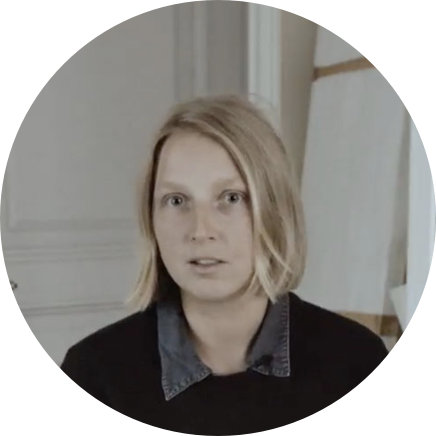 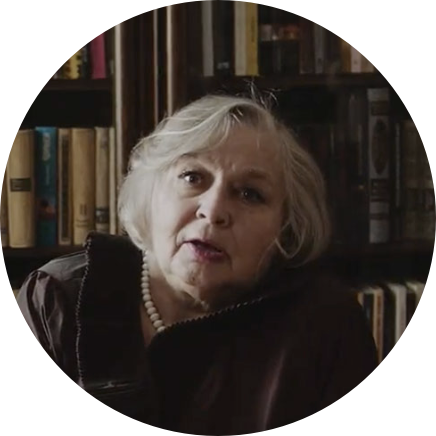